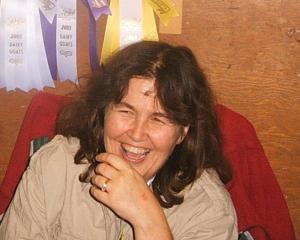 What is your story about?
My story is about an old lady’s choice to stay on her family’s farm in the City of Kawartha Lakes with the help of a friend that nobody else understands.

What inspired you to write this story?
My story was inspired by what I saw with my grandfather and father, and how committed they were to leave the generational farm to the next generation. My second character is based on my experiences while being alongside a close friend in the deaf community.

What do you like about living in Kawartha Lakes? What do you wish you could tell non-residents about Kawartha Lakes?
Kawartha Lakes is the only place I know where one can buy a rooster at the Woodville salesbarn on Saturday morning and in the afternoon can go to the Ross Memorial Hospital in Lindsay and get a CT scan done in one of the province’s best fracture clinics.

Kawartha Lakes has free wifi in the public libraries which is breaking technology however, it is common to see an Amish family driving in a black buggy being pulled by a horse– and everybody lives in harmony.

Kawartha Lakes welcomes the cottage community with tons of activities and goods specifically for those needs for the urban population however, the country population have full services here too.

Few places keep the balance between urban and rural so equal as does the Kawartha Lakes.

What else do you write? Where can readers find more of your writing?
I’ve been a freelance journalist for many years. I did ten years as a municipal political reporter at a local newspaper and a few years at different publications covering community events. Four years ago, I became an agricultural photographer/reporter for the monthly newspaper “Voice of the Farmer,” which evolved into two years ago as a contributing editor position starting the popular column “Between the Chores” which is a funny look on our misadventures here on our little hobby farm on page 4. To read more, go to http://www.durhamregion.com, go to print editions, to community publications.

Sign up for the newsletter to hear about all the authors/writers/books news in Kawartha Lakes, right in your inbox.