What is your story about?
My story, Rough Justice, is the account of an elderly man trying to balance the scales and concern for his grown daughter’s well-being.

What inspired you to write this story?
When writing the story, I knew I wanted to write about a conflict that dealt with socio-economic issues. I also wanted to look at how pervasive technology has become in today’s society.

How long have you lived in Kawartha Lakes? What attracted you to the area?
I have lived here my entire life, with temporary moves out of the area for school/work. Having most of my family living in Kawartha Lakes and the surrounding area, this is my home.

What do you like about living in Kawartha Lakes? What do you wish you could tell non-residents about Kawartha Lakes?
Kawartha Lakes is home to many artists, who work in a variety of art forms (theatre, photography, paint, jewellery, pottery, writing, etc.). Perhaps by visiting, you will find inspiration as well.

What else do you write? Where can readers find more of your writing?
I belong to the Circle of Writers group at the Kawartha Lakes Library. I am working with my CSARN mentor, Sylvia McNicoll, on a novel. Additionally, I have recently joined CANSCAIP – The Canadian Society of Children’s Authors, Illustrators and Performers. I have a few projects on the go; however, “Rough Justice” is the only one that is publicly available at this time. 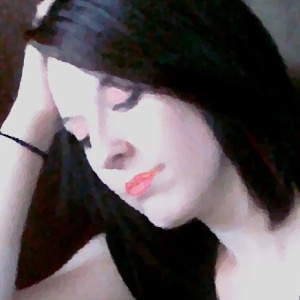 What is your story about?
This story is loosely based on the illness that spread through the town of Lindsay, then Purdy’s Mills, back in the early 1800s.     It was a devastating illness for the town, wiping out nearly a third of its population and was most likely a malaria-type, insect related disease.

What inspired you to write this story?
Although the town was still in small in population when the ague struck, tragedy like that scars a community and it’s likely that a few ghosts were left behind. It was my aim to breathe some life into that tragedy while showcasing the beautiful cemeteries in Lindsay, in particular the St. Mary’s cemetery. As soon as you pull into the driveway there’s this single-lane winding road; the house, then the long lane flanked by perfectly aligned trees. It’s really quite pretty and peaceful.

How long have you lived in Kawartha Lakes? What attracted you to the area?
I’m an import, by way of Peterborough where I’ve lived most of my adult life. When we had a younger family and needed the space, Omemee was far enough outside Peterborough where we could actually afford a house with a yard so we took the plunge and moved. We’ve been here over eight years now and we love it.

What do you like about living in Kawartha Lakes? What do you wish you could tell non-residents about Kawartha Lakes?
I love that there’s something for everyone. Whether it’s sports and athletics or cottaging, gardening, writing, theatre or music. I wish there was more of the latter few, but then maybe this anthology project will give us an opportunity to do something about it. 😀

What else do you write? Where can readers find more of your writing?
There always seems to be a dark element to the stories I write, but I’m a sucker for a happy ending. Not that everything I write is roses and puppies, but if it makes sense and I can even leave my readers with a hint of happy, then I’ll try to do that. With this story, for example – I don’t want to give anything away, but I will say this: At least they’re together, in the end.

What is your story about?
My story is about an old lady’s choice to stay on her family’s farm in the City of Kawartha Lakes with the help of a friend that nobody else understands.

What inspired you to write this story?
My story was inspired by what I saw with my grandfather and father, and how committed they were to leave the generational farm to the next generation. My second character is based on my experiences while being alongside a close friend in the deaf community.

What do you like about living in Kawartha Lakes? What do you wish you could tell non-residents about Kawartha Lakes?
Kawartha Lakes is the only place I know where one can buy a rooster at the Woodville salesbarn on Saturday morning and in the afternoon can go to the Ross Memorial Hospital in Lindsay and get a CT scan done in one of the province’s best fracture clinics.

Kawartha Lakes has free wifi in the public libraries which is breaking technology however, it is common to see an Amish family driving in a black buggy being pulled by a horse– and everybody lives in harmony.

Kawartha Lakes welcomes the cottage community with tons of activities and goods specifically for those needs for the urban population however, the country population have full services here too.

Few places keep the balance between urban and rural so equal as does the Kawartha Lakes.

What else do you write? Where can readers find more of your writing?
I’ve been a freelance journalist for many years. I did ten years as a municipal political reporter at a local newspaper and a few years at different publications covering community events. Four years ago, I became an agricultural photographer/reporter for the monthly newspaper “Voice of the Farmer,” which evolved into two years ago as a contributing editor position starting the popular column “Between the Chores” which is a funny look on our misadventures here on our little hobby farm on page 4. To read more, go to http://www.durhamregion.com, go to print editions, to community publications.

While other markets have their own guidelines for how they want manuscript submissions, here’s how to format your work to submit to Kawartha Lakes Stories.

Breaks: indicate breaks in the story with # centred on a line of its own 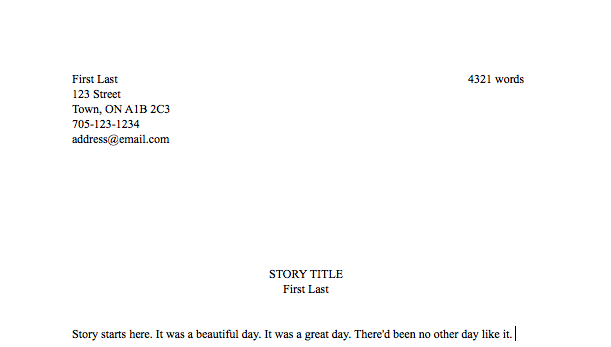 Do not send .pdf or any other type of file.

Submit Questions in comments below.